Four lightning-fast Speed Rack winners share their advice for speeding up your serves and making every move more efficient.

Source: How to Be Quicker Behind the Stick: Tips from Speed Rack Vets | Tales of the Cocktail

1. It all starts with the set up

Whether opening your own bar or working in someone else’s, set up — both daily and long-term — can make or break your quest for working speedier.

“It starts with how the bar is actually built, where you put the sinks…how high your rail is, how deep everything is, all of that stuff is super integral to being able to work quickly and efficiently,” says Caitlin Laman, a bar consultant and former bar manager at Trick Dog in San Francisco (and Miss Speed Rack 2014).

Yael Vengroff, bar director at The Spare Room in Los Angeles (and Miss Speed Rack 2012), agrees. “I think that, too often, we see these bars being designed by the contractors, or the architects, or the design team, and it’s not someone that’s actually been behind a bar before. That’s where you run into a lot of issues where it’s like, ‘oh, you know, we didn’t think about putting a sink here,’ and that’s ultimately the most important thing,” she says. “Do you have the ability to clean your tools right away, and next to you? Because if you can’t clean your tools, you’re gonna walk all over to the other side of the room, then the longer it’s going to take for you to be ready to make the next round of drinks.”

Beyond the construction phase, organizational choices can similarly let you work at your quickest or slow you to a crawl.

“[A] lot of your POS systems, you can run summary reports at the end of the week and you can see what are your highest selling items, highest selling spirits, highest selling cocktails, highest selling beers… those are the things that you need to have close to you,” says Brittini Rae, bar manager at the Venice Whaler in Venice Beach and Miss Speed Rack 2015. “[I]f you sell a whole bunch of Bulleit bourbon, but Bulleit bourbon is on the third shelf all the way on the left, you know, you’re constantly going to pick up that bottle, but you sell it 68 times a night, why? It may look beautiful there, but if that’s the case, then have one in the well and have one on the back bar, so it always looks pretty, but you have it close to you.”

A place for everything and everything in its place, as your mom or grandma probably told you once or twice. According to Eryn Reece, who was crowned Miss Speed Rack in 2013 and is now starting up the bar program at New York’s Sons and Daughters, opening at the end of the month, it’s true behind the bar as well.

“[E]verything has [to have] a home,” Reece says. “Because the minute you’re having to stop and search for something, it’s going to become a huge issue. Especially when some of these people have a more expansive cocktail menu, it just makes sense that everything goes back in the exact same place every single time,” Reece said.

How your well is set up can also make a difference. Don’t force yourself to stick to the same old, vodka, gin, rum, tequila format, adds Brittini Rae. She and Reece both suggest switching it up and organizing or grouping by cocktail, rather than a predetermined rule. It helps remind you what’s next, too, in case you’re so busy you forget.

2. Don’t put extra things on top of the bar

We’ve all seen the stacks of napkins and coasters, container of straws and little box of maraschino cherries and lime wedges on the bar right in front of where the bartenders are working—and the guests are sitting or standing. In some ways those are convenient spots for them, but when you’re going for speed, extra odds and ends can just get in the way.

“A lot of times they have their POS systems on top of bars, right in front of guests’ seats, where we’d be sitting, and bartenders are constantly trying to reach around,” says Brittini Rae. “If you’re trying to reach around anything on top of the bar, whether you’re trying to deliver a drink, or you’re trying to clean up a spill, or just wipe a table down, you’re automatically adding seconds to your night because you just put something in your way.” She adds that garnish stations are a common obstacle. “I know the glass garnish station has been very popular, which is great, but that needs to be on either end of the bar or it needs to be so far in the bar that it’s not in the way,” she says. “[T]here’s a bar I went to once that has, like, a beautiful bitters tower, like a Lazy Susan but with bitters on it, but it’s three shelves high. It’s beautiful, but it’s right on top of the bar and bartenders have to constantly move it,” said Brittini Rae.

3. Teach yourself to be ambidextrous

It’s not just a crazy thought: some speedy bartenders really are ambidextrous, and it helps them move even faster.

For bartenders—or anyone—wanting to try? “[I]t takes about three months for you to finally get used to it,” Vengroff says.

Recipes are crucial, and on busy nights there’s not much time to slow down and think. Make sure you know your recipes and your techniques—it’ll boost your confidence.

5. Think ahead and take only one step

“[A]lways just think about what your next step is,” says Brittani Rae. “I think that’s kind of a no-brainer, you know, don’t step more than once and always think about what your next step is and doing it in your head before you get to it. When you’re making cocktails, if you’re making three drinks and they all have lime juice, you shouldn’t be picking up that bottle of lime juice three times… if all three drinks have lime juice, you should be able to put lime juice in all three tins and then go back to finish building the first one. You should never have to pick up a bottle twice on an order — ever.”

6. Don’t look down on batching certain ingredients in advance

Making big batches of entire cocktails ahead of time is typically a no-go when working with ingredients like fresh citrus juice or dairy, but batching out smaller groups of cocktail components can help cut down the total time it takes you to get to the end result.

“We batch the spirits in a cocktail, so we’re able to provide these complicated, complex cocktails to the guests, but we can still get them out quickly because it’s only a three-bottle pick-up instead of seven,” says Vengroff.

“I feel like in the past, it may have been a little looked down upon, but we’re at a certain point where people don’t want to wait 25 minutes for their cocktail anymore — they’re over that,” adds Reece. “There are so many places they can go for good drinks these days, they’re like, ‘oh, this place takes too long, I don’t want these 12-ingredient cocktails,’ but there’s easy ways to smartly batch out a blend of, like, a quarter ounce of three different syrups that make your cocktail a little bit more interesting and have a little bit more level of flavor,” she says. “If you’re batching out a quarter ounce of ginger, orgeat and cinnamon, you put it in a 3/4-ounce pour. It’s just such a quick little thing.”

Ultimately, getting the basics down (and with that, your confidence up) is the best place to start, says Brittini Rae. “Once you’re confident in that, and you feel that you have that second nature to designing drinks, then, speed is going to come, because you’re just going to keep getting better and better.”

Source: What is a consultant – Foodservice Consultants Society International

WHAT IS A FOODSERVICE CONSULTANT?

Generally speaking, a foodservice consultant is an independent professional advisor who, for a defined scope of work and related fee, works as an advocate for their client in achieving their goals through the design and implementation of foodservice facilities and/or operations/management systems. Consultants provide expertise, knowledge and experience to provide assistance that does not exist in-house, or by providing resources not available at the time. As independent professionals their primary focus is the welfare of the client organization that they serve.

HOW CAN I TELL IF I NEED A FOODSERVICE CONSULTANT?

HOW DO I FIND A COMPETENT FOODSERVICE CONSULTANT?

You can seek referrals from a variety of sources for help in finding and selecting a competent foodservice consultant. Your network of professional colleagues, your trade association and the local restaurant association are all good sources of information. You may also choose to turn to the Foodservice Consultants Society International for assistance. We have an online consultant search function on this web site or you may contact one of our administration offices closest to you.

WHY CHOOSE AN FCSI MEMBER AS YOUR CONSULTANT?

When considering a foodservice project, a FCSI consultant should be your first choice. FCSI is the only such consulting society that operates on a worldwide basis. FCSI maintains a global focus with members in over 45 countries dedicated to providing the highest quality of service. FCSI consultant members must abide by a strict Code of Ethics and Professional Conduct. They work efficiently to achieve total client satisfaction and always maintain independence from the supply side of the industry.

The FCSI Code of Conduct is guided by three master principles (in order of priority):

Consultant members are required to participate in the FCSI Continuing Professional Growth program by attend educational seminars that focus on cutting edge developments in the foodservice industry. Members also have the benefit of networking with other professionals in the foodservice industry during Society sponsored events and activities. In order to gain acceptance into the Society, members must meet strict criteria assuring their experience and over all professionalism.

HOW DOES AN FCSI CONSULTANT OPERATE?

Foodservice consultants operate as independent business people with firms ranging in size from one person to large operations with multiple offices around the globe. Some consultants work primarily close to their home base while others are spanning the globe with projects on several continents.

– Independent of the supply of goods to the industry

– Could work directly for owner, operator, developer, or architect

There are a few factors to consider when selecting the correct foodservice consultant for your undertaking: 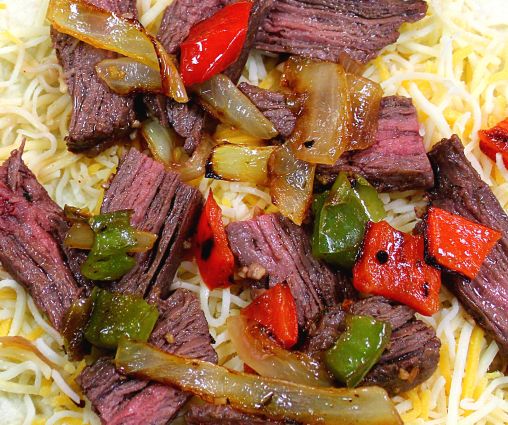 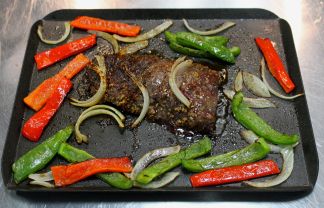